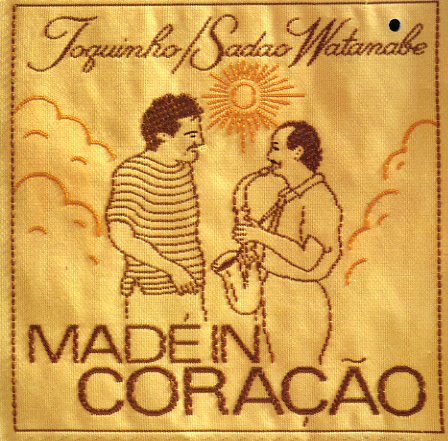 A lovely little meeting between bossa guitarist Toquinho and Japanese saxophonist Sadao Watanabe – a set that has Sadao returning to some of the Brazilian styles he first recorded back in the 60s! There's a nicely warm feel to the set, but the sound is still pretty intimate overall – not nearly as produced or smooth as some of Watanabe's other work of the time, and with an up-close element that definitely shows Toquinho's influence. Toquinho sings a fair bit on the set, and Watanabe's solos are a sharp-edged treat – and the record features a fair bit of original compositions for the session. Titles include "Saudade De Elis", "Carinhoso", "Sentimentos Iguais", "Minha Profissao", "Filho Meu", "Made In Coracao", "Inquieto Amor", and "Samba Da Volta".  © 1996-2022, Dusty Groove, Inc.
(Out of print)

Amorosa
Sony, 2004. Used
CD...$4.99
Rosa's working here in a warm bossa-revival mode – singing and playing acoustic guitar mostly in a smaller group setting, but occasionally working with larger, lusher arrangements – in a sweet set of tracks that's both a tribute and a sequel to Joao Gilberto's legendary 1977 album ... CD

Apresentando Rosinha De Valenca
Elenco (Japan), 1964. Used
CD...$19.99
The first album by Brazilian guitarist Rosinha Da Valencia – and a beautiful one at that! The record features Rosinha playing solo guitar with percussion backing, very much in the style of Baden Powell's early work, especially his own albums for the Elenco label – and as the set ... CD