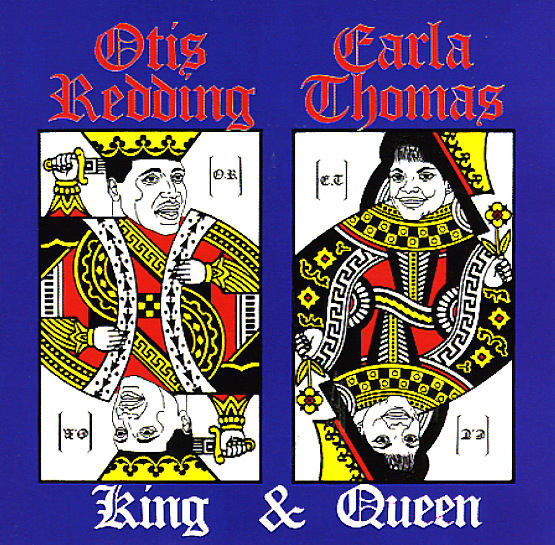 A legendary collaboration between Otis Redding and Carla Thomas – the former of whom was definitely the king of the Memphis soul scene at the time of the record's release, and the latter of whom was certainly going for the title of queen with her power on the record! Carla here is a lot more raw soul than on some of her other records of the 60s – really hitting the spirit of both Redding's own music, and the playful vibe of the Stax approach – trading lines with Otis in a really badass way, especially on the album's classic funk track "Tramp" – which was sampled often in the early hip hop years! Otis is great too – maybe less iconic, but in a great way – and his match with Carla may well blow away some of the Motown male/female records from the time. In addition to "Tramp", other titles include "Bring It On Home To Me", "Ooh Carla Ooh Otis", "Lovey Dovey", and "New Year's Resolution".  © 1996-2021, Dusty Groove, Inc.