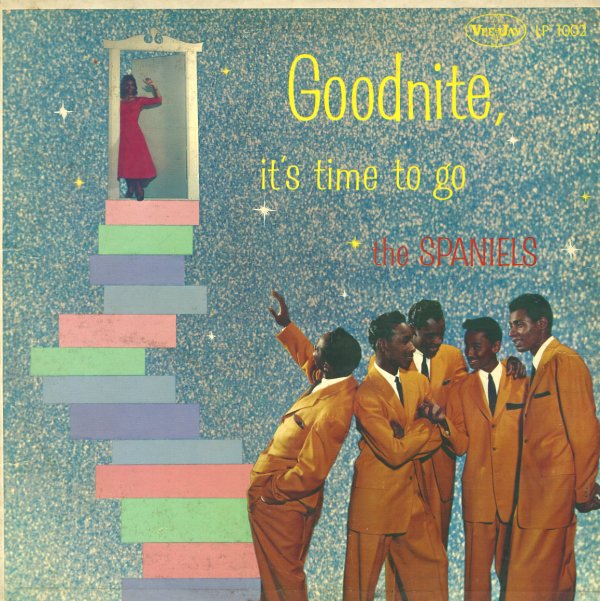 Goodnite It's Time To Go

A rare album of classic doo wop – from one of Chicago's greatest harmony groups! In contrast to labelmates The El Dorados, The Spaniels were a bit smoother, and added more of a sweet harmony sound to their style – as you'll know from tracks like "Goodnite Sweetheart Goodnite", "Baby It's You", and "The Bells Ring Out". But the big list of tracks on here also includes a number of uptempo tracks that have a rawer sound, like "Play It Cool" and "Bounce".  © 1996-2021, Dusty Groove, Inc.
(Japanese pressing, with obi – Overseas ULS 6025.)