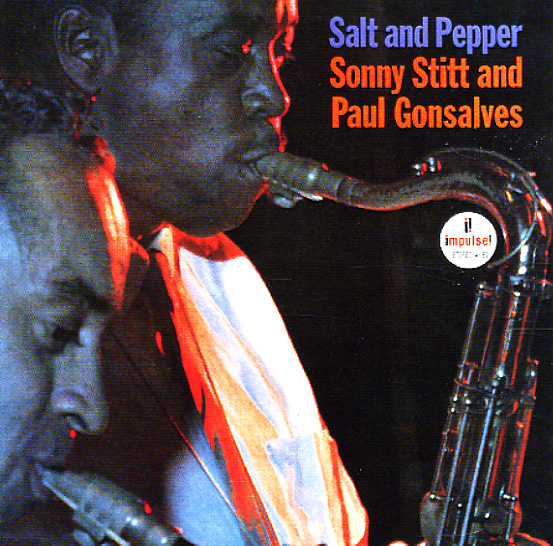 Head to head blowing from Sonny Sitt and Paul Gonsalves – just the kind of twin-horn performance that Stitt was famous for in his live battle days, and one that also reminds us that Gonsalves can be a very loose swinger when he wants to be! The tracks are all long, and played with the sort of feel you'd hear if you caught these guys live at some small southside club – and the solos also show the kind of inventiveness and imagination you'd catch in that sort of setting – backed by a swinging rhythm combo that features Hank Jones on piano, Milt Hinton on bass, and Osie Johnson on drums. Titles include a version of "Perdido" that's nearly 13 minutes long – plus "Stardust", "Sposin", "Salt & Pepper", and "Theme From Lord Of The Flies". Also features the full bonus album – Now!  © 1996-2021, Dusty Groove, Inc.
(Out of print. Digipack has some light edgewear.)