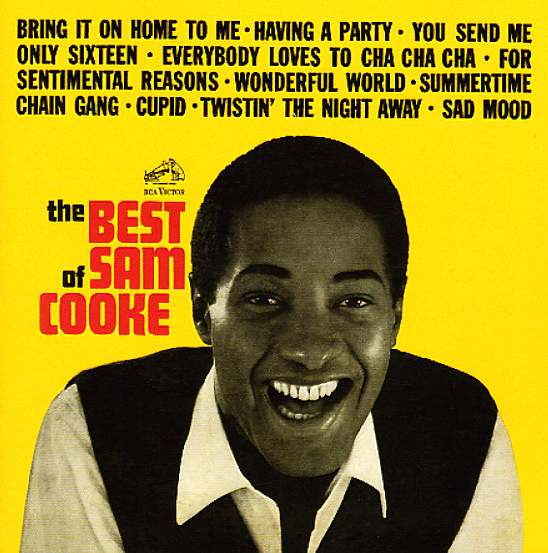 A stone classic – not just from Sam Cooke, but in the genre of "best of" records too! The set's overflowing with classic singles from the legendary soul singers – almost the perfect record to start with if you've ever wanted to sample Sam's genius – that amazing voice, intimate sense of presentation, and undeniably mature, masculine sound that forever changed the face of soul music! Every track's a winner – and titles include "Only Sixteen", "You Send Me", "Cupid", "Chain Gang", "Having A Party", "Twistin The Night Away", "Wonderful World", "Summertime", "Everybody Loves To Cha Cha", "For Sentimental Reasons", "Sad Mood", and "Bring It On Home To Me".  © 1996-2022, Dusty Groove, Inc.
(Orange label stereo pressing – ANL1-3466. Cover has light wear, bumped corners, and a small split in the bottom seam.)

Encore
Keen, 1958. Good
LP...$13.99 16.99
Early work by Sam – his second album, in fact! The record has him singing in a sweet early tone – not so much soul as a sophisticated jazz-based style that borrows a bit of soul from Sam's work in the gospel field. Most of the tracks are standards, but there's a few nice obscure ... LP, Vinyl record album

Hits Of The 50s
RCA, 1960. Very Good+
LP...$23.99
A classic set of soulful vocals – one in which Sam Cooke sings hits of the 50s (as you'd guess from the title) – but not necessarily his own hits, more a selection of work by other artists – all given a really unique spin by Sam! And while other soul artists occasionally faltered ... LP, Vinyl record album

Two Sides Of Sam Cooke
Specialty, Late 50s. Very Good-
LP...$7.99
A nice little compilation that brings together both sides of Sam Cooke's early work – his gospel recordings with the Soul Stirrers, and his secular soul from a few years later. The package is a great overview of Sam's best recordings in both worlds – with one side of gospel, one side of ... LP, Vinyl record album