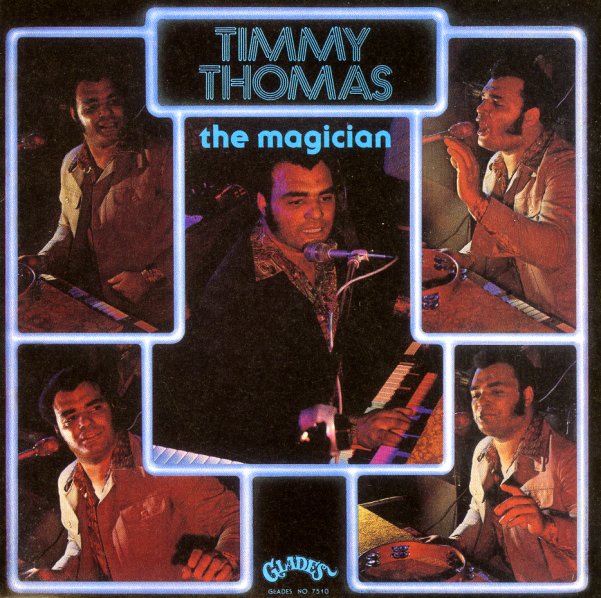 Timmy Thomas has always been a magician with his music – one of the first cats to really make the spare sound of a drum machine work in soul music, and a singer with a wonderful ability to make sweet little melodies appear out of thin air! Here, Thomas ups his game with some slightly fuller arrangements than before – this wonderfully warm Miami soul groove that's served up with help from producer Willie Clarke and arranger Mike Lewis – all in this blend of electric touches and bubblingly rhythmic grooves! The track's got a wonderful remake of "Why Can't We Live Together" – titled "Stone To The Bone", and mostly an instrumental with lots of sweet keyboard lines from Timmy! Other tracks are great, too – and have a nicely funky vibe, and some of the hippest arrangements you'll find at TK Records at the time. Titles include "Don't Put It Down", "Make Peace With Yourself", "Watch It For Dudley Dorite", "Let My People Go", "Running Out Of Time", and "Show Me Tenderness".  © 1996-2021, Dusty Groove, Inc.
(Shrinkwrap has a small hole in front and a large tear at the bottom. Cover has light wear where exposed.)