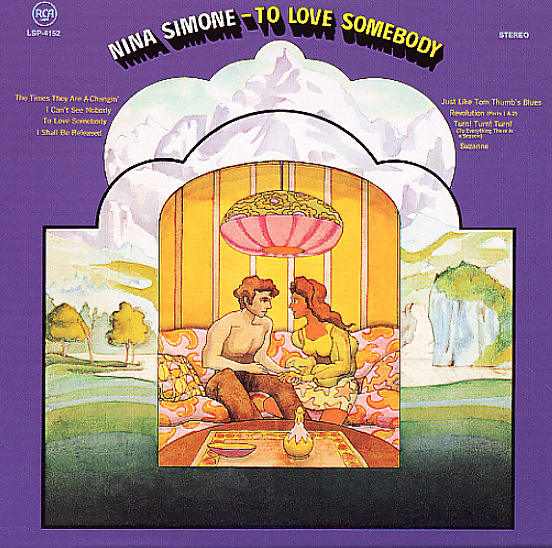 One of Nina's greatest records – recorded with her cool combo that included Weldon Irvine! Weldon's on organ on the set, and he co-wrote the two-part track "Revolution" with Simone, one of the album's strongest numbers! That track is set amidst covers of other hip 60s material, including "Turn Turn Turn", "To Love Somebody", "I Can't See Nobody", and "Just Like Tom Thumb's Blues" – all done with a freely righteous style that has Nina cutting loose at the end of the 60s!  © 1996-2021, Dusty Groove, Inc.
(Orange label stereo pressing. Vinyl has a short click in one spot, but is nice overall. Cover has some light wear, and one corner that's very slightly bumped.)