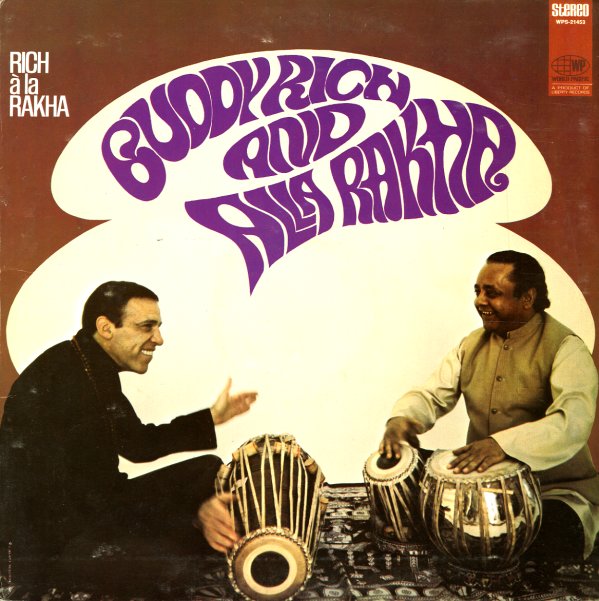 A pretty hip record – a lot cooler than you'd expect from Buddy Rich! The record features Rich playing with a group of Indian musicians lead by Alla Rakha on tabla, conducted by Ravi Shankar, who also wrote all the material on the album – and Paul Horn also joins the group for a bit of flute on some tracks. The tunes are mostly in the Indian idiom, with less jazz touches than you might expect from Rich's presence – and Buddy mostly supplys fills and some harder drum riffs on the tracks. Titles include "Khanda Kafi", "Duet In Dadra", "Tal Sawari", and "Nagma E Raksh".  © 1996-2020, Dusty Groove, Inc.
(Cover has light wear.)