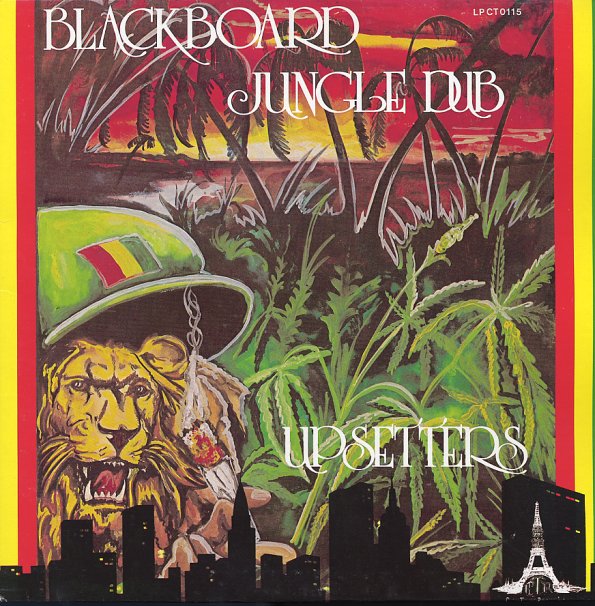 You could go 'round and 'round with music historians arguing whether or not this album, or Java Java Java or Aquarius Dub was the first full length dub LP, but it makes no difference to us, this is one mighty set of Perryisms, wrought in the pre-Black Ark era. There's a dozen of the Upsetter's finest rhythms rendered in dub versions here, and though he's uncredited on the sleeve, we've read that King Tubby was responsible for the wonderful reverb and mixing console action taking these tracks to the next level. Essential! Includes "Blackboard Jungle Dub (version 1)", "Rubba, Rubba Words", "Cloak A Dagger (version 3)", "Dreamland Dub", "Fever Grass Dub", "Sinsemilla Kaya Dub", "Moving Forward", "Kasha Macka Dub" and "Setta Iration Dub".  © 1996-2021, Dusty Groove, Inc.
(Front insert has a small tear from one of the plastic tabs – very minor.)