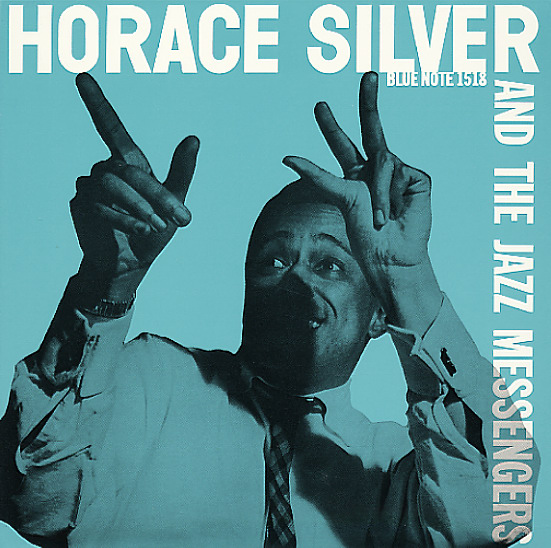 A record with Horace Silver on the cover, but a set that's really more of a Jazz Messengers date overall – as it features a smoking quintet that not only includes Art Blakey on drums and Doug Watkins on bass – but which also has some great frontline work from Hank Mobley on tenor and Kenny Dorham on trumpet! The group's got the rougher, less-iconic feel of the Messengers at their start – similar to their early live dates – but all the right energy is firmly in place, and maybe given even more direction under Silver's leadership and great ear for a tune! The writing is superb, especially on classics like "Doodlin", "The Preacher", "Hippy", and the amazing "To Whom It May Concern" – one of our all-time favorite tunes in the 50s Blue Note catalog – and the solos are all top-shelf too. A real Blue Note classic!  © 1996-2020, Dusty Groove, Inc.
(Out of print.)