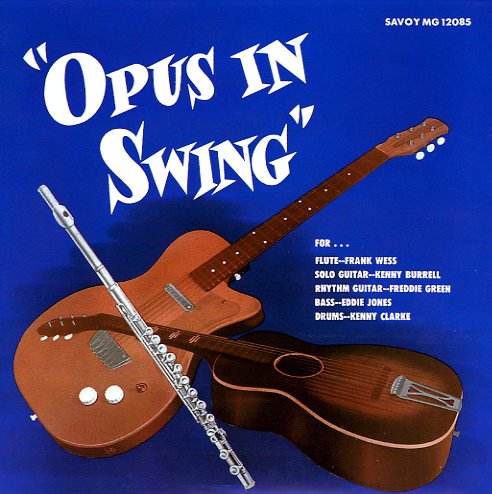 One of the greatest of the 50s Savoy "Opus" albums – and a loosely-done blowing session that's got a really unique feel! Instead of piano, the session features two guitarists – Kenny Burrell in lead and handling solos, and Freddie Greene comping in the background in a nicely rhythmic mode. Frank Wess plays flute throughout, and the mix of flute and two guitars is really wonderful – especially considering that the only other support they get here is from the bass of Eddie Jones and drums of Kenny Clarke. Tracks are all nice and long, and titles include "Wess Side", "East Wind", "Southern Exposure", and "Kansas City Side".  © 1996-2021, Dusty Groove, Inc.
(Out of print.)