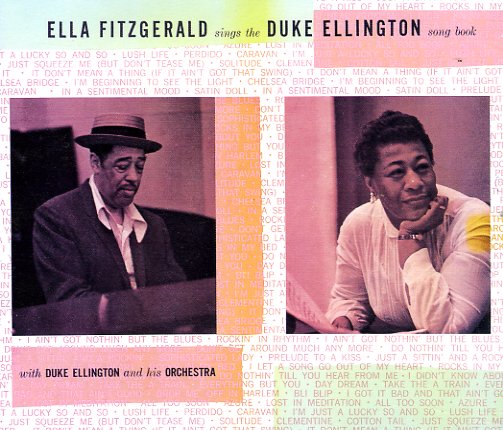 Ella's performing songs written by or associated with Duke–what could be better? Here she's backed by two different Ellington groups–-one a big band, the other a small group, whose members included Stuff Smith, Barney Kessel, and Ben Webster. Titles include "Rockin' In Rhythm", "Caravan", "Take The A Train", "Clementine", and "Perdido", all performed with the with the big band, and "Satin Doll", "It Don't Mean A Thing (If It Ain't Got That Swing)", "Cottontail", and "Do Nothing Till You Here From Me", backed by the small group. Sublime!  © 1996-2021, Dusty Groove, Inc.
(Out of print, jewel case edition.)

Jazz Masters 51
Verve, Late 50s/Early 60s. Used
CD...$2.99
A wonderful collection of Blossom's excellent early vocal work for Verve – some of the sweetest, grooviest jazz singing recorded at the time – in a style that other singers didn't pick up for years! Most tracks feature warmly jazz small combo backing – with Blossom's light and ... CD