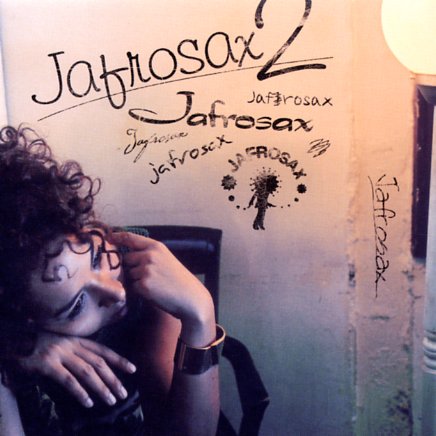 A second full length set from Jafrosax – one of the few Japanese combos to successfully blend jazzy riffs with more electric dance rhythms! The sound here really isn't club jazz, but more a soulful house with sax solo sort of mode – one that has plenty of tenor blowing over the top of funky beats, keyboards, and other tasty instrumentation. A fair bit of the tracks on the set are instrumental, but some of the best feature vocals – by singers who include Ria, Jurianne, Deeizm, and Miho Sugiura. Titles include "Free No 2", "Easy That Would Be", "Float In Afternoon", "Saxtatic", "Future Freedom", "Sweet Music", and "Sepia Rose".  © 1996-2021, Dusty Groove, Inc.
(Out of print, includes obi.)