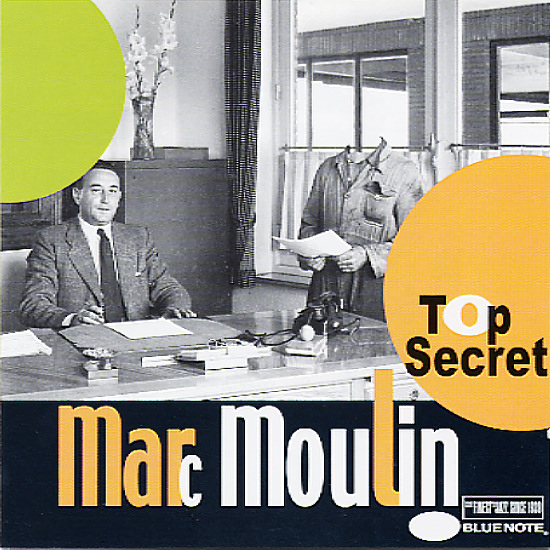 The long awaited return of a true jazz genius! Marc Moulin is famous among groove hounds for his 70s keyboard work – sort of a European answer to Herbie Hancock's electric period, recorded on records under Moulin's own name, and with the group Placebo. Moulin's been lost to our ears for decades – but this great new set is a stunner, the kind of fresh French Blue Note session that resembles the work of Booster, St Germain, or Erik Truffaz! The tracks mix up Moulin's work on keyboards and synthesizers with jazzy solos on tenor, trumpet, guitar, Hammond organ, and flute – acoustically grooving over Moulin's rhythmic progressions, mixing real jazz expression with some contemporary beats. Titles include "Organ", "Theo", "Bottle", "Into The Dark", "In My Room", and "Tenor".  © 1996-2020, Dusty Groove, Inc.
(Spine has a thin cutout notch.)