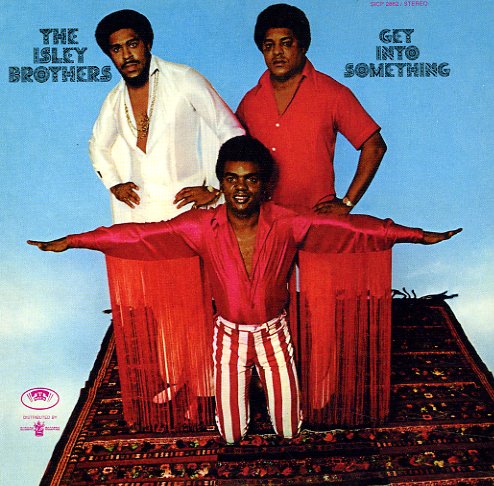 An excellent album by the Isley Brothers – easily their rarest, and probably their funkiest! The record's pushing the T-Neck funk sound to the limit, adding in some heavy horns to the tracks, and really egging on the vocals of the group with some totally hard-hitting arrangements by George Patterson. The whole thing's got a really sinister feel – with horns replacing the guitars on some of the group's other albums, carving out these dark little lines that lead their vocals over the top of funky choppy rhythms that will blow your mind! Includes the excellent cut "Get Into Something", which sounds like a direct ripoff of "The Grunt", by the JBs (or is it the other way around?). Other good ones include "I Got To Find Me One", "Take Inventory", "Girls Will Be Girls", and more!  © 1996-2021, Dusty Groove, Inc.
(Out of print, remastered Rhythm & Soul pressing with a punch through the barcode.)