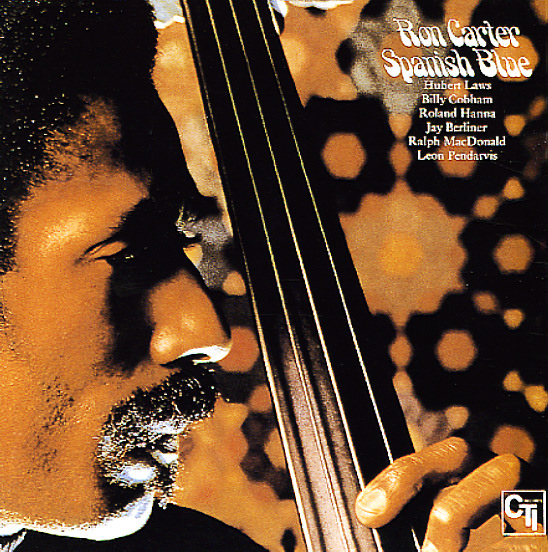 One of the massive Ron Carter albums from the mid 70s – and a set of 4 open-ended modal tracks that hit a similar Latin/but not Latin approach as the tracks on Coltrane's great Ole album. The group's a small one – featuring Carter on bass, Billy Cobham on drums, Jay Berliner on guitar, Ralph MacDonald on percussion, Roland Hanna on piano, and Hubert Laws on flute. Laws' playing is some of the best on the record – and his solos carry most of the songs nicely, a lot more nicely, in fact, than those on his own albums at the time. Leon Pendarvis makes a guest appearance playing electric piano on the cut "Arkansas", which is a bit funky – and other tunes include "El Noche Sol", "Sabado Sombrero", and "El Noche Sol".  © 1996-2021, Dusty Groove, Inc.
(Out of print, includes obi. SHMCD pressing.)

Red Clay (with bonus track)
CTI/Epic, 1970. Used
CD...$6.99
Amazing work from Freddie Hubbard – one of his best albums ever! The title cut's a classic, but all cuts on the album are great – and really set a whole new standard for soul jazz in the 70s! Unlike the freer runs of Miles Davis, Freddie takes things into territory here that's open, ... CD

Prelude
CTI, 1972. Used
CD...$7.99
A legendary album from the 70s funk scene – and one of the crowning achievements of keyboard maestro Eumir Deodato! Deodato got his start during the bossa years of the 60s – where his sophisticated charts were already enough to make his career a landmark – but in the following ... CD

Deodato 2 (with bonus tracks)
CTI, 1973. Used
CD...$8.99
Funky keyboards galore – and one of the greatest records ever from this legendary Brazilian jazz talent! The album follows nicely off Deodato's Prelude classic for CTI – and like that one, this set's built on long-flowing tunes that rise and fall with a wonderful sense of rhythm – ... CD