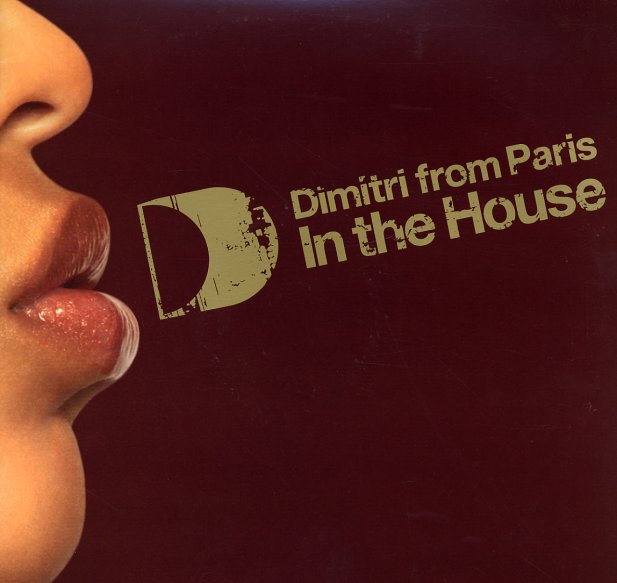 Dimitri From Paris – In The House

Classy club from Dimitri – served up with plenty of his own remix work to freshen things up! The set's got a joyous, rollicking bounce that's very much the sound of Dimitri at his best working the floor – a great blend of modern house, soulful club, and a few classic disco moments thrown in – plus some occasional edits from Dim to link the whole thing together, and create a solid sound that's got more than enough of his own personal stamp! Include "Sound Of Music" by Kerri Chandler, "Thirteen" by Master H, "Natural High" by Ive Mendes, "Nothing Is Impossible" by Dubtribe Sound System, "Any Love (Dim's classic re-edit)" by Rufus, "Disco Queen (Moz-art mix)" by Jestofunk, "I Love Music" by The O'Jays, "Gipsy Woman" by Montefiori Cocktail, "I Saw The Light" by Reggae Disco Rockers, "Got To Be In Love" by Barbara Mendes, "Love For You" byNiko Bellotto & Pawel Kobak, "Morning Breeze" by Next Evidence, and "Hectic Funk" by Dirty Harry.  © 1996-2022, Dusty Groove, Inc.
(Out of print.)

Soul Togetherness 2018 – 15 Modern Soul Room Gems
Expansion (UK), 2018. Used
CD...$6.99
A sublime entry in this always-great series – a selection of cuts that are mostly contemporary, but which bubble with a classic soul vibe all the way through! And by "classic", we mean the sound of the early years of modern soul – those late 70s/early 80s groovers from the ... CD

Songs Of A Dead Dreamer (Japanese paper sleeve edition)
Asphodel/Gutbounce (Japan), 1996. Used Gatefold
CD...$8.99
16 tracks in all, including "The Vengeance Of Galaxy 5", "Hologrammic Dub", "Dance Of The Morlocks", "Thoughts Like rain", "Nihilismus Dub" and "Time Out Of Joint". CD