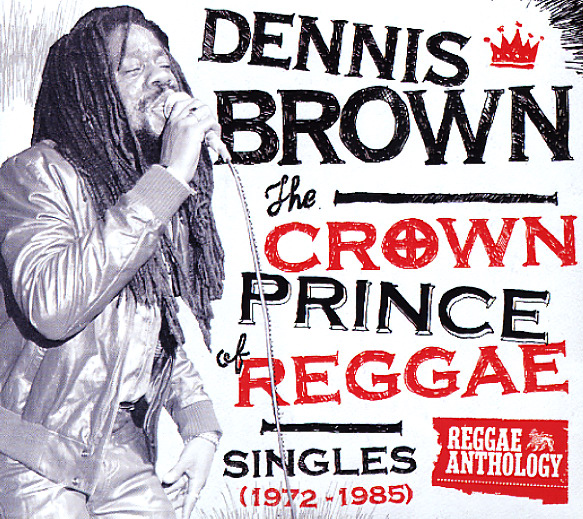 A stellar collection of singles by one of the great voices of Jamaican music – Dennis Brown, The Crown Prince Of Reggae – singles from the early 70s to mid 80s! The vinyl version features 12 standout tracks – with backing by The Taxi Gang, The Professionals, Derrick Harriott & Crystalistes, Aggrovators & Roots Radics. Titles include "Promise Land (Extended Mix)", "Whip Them Jah Jah", "Song My Mother Used To Sing", "Created By The Father", "Rebel With A Cause", "Words Of Wisdom", "Voice Of My Father", and "Children Of Israel (Special 12" Mix)".  © 1996-2021, Dusty Groove, Inc.