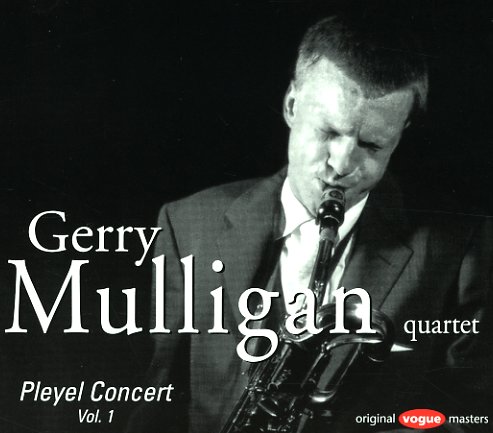 Gerry Mulligan Quartet – At Storyville
Pacific Jazz (Japan), 1956. Used
CD...$14.99 (CD...$11.99)
Gerry Mulligan brings the piano back in nicely here – but in a way that still hangs onto all the best modern tones of his earlier Pacific Jazz sessions! The date's a live one – done at Storyville in Boston – but the sound is wonderfully intimate, with Gerry on baritone sax and ... CD

Gerry Mulligan Quartet – At Storyville (Japanese pressing)
Pacific Jazz (Japan), 1956. Used
CD...$11.99 14.99 (CD...$14.99)
Gerry Mulligan brings the piano back in nicely here – but in a way that still hangs onto all the best modern tones of his earlier Pacific Jazz sessions! The date's a live one – done at Storyville in Boston – but the sound is wonderfully intimate, with Gerry on baritone sax and ... CD

Jeru
Columbia/Legacy, 1962. Used
CD...$3.99
A pretty great little album – and very different than Gerry Mulligan's regular sides from the time! The session was originally produced as part of the sessions for the short-lived Jazztime label in the early 60s – and was produced by Dave Bailey with a soulful undercurrent that's quite ... CD

Walk On The Water
DRG, 1980. Used
CD...$16.99
Mulligan plays with his orchestra, with featured soloists including Keith O'Quinn on trombone, Mitchel Forman on piano, Mike Bocchicchio on bass, Barry Ries and Tom Harrell on trumpet, Gerry Niewood and Ken Hitchcock on alto, and Gary Keller on tenor. CD

Gerry Mulligan Meets Johnny Hodges
Verve, 1959. Used
CD...$4.99
An unlikely pairing – but that's what makes the record so great! Mulligan and Hodges come together in this rare Verve set from the late 50s – an inspired combination of talents that really work some magic together. Hodges' tone is in the lead in our ears, always wonderful, especially ... CD