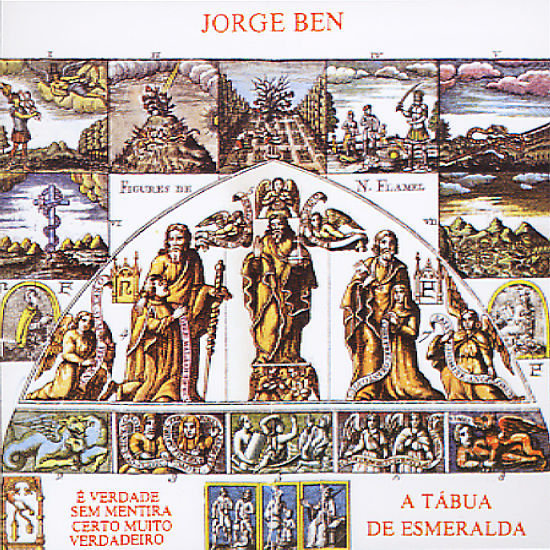 Searing samba soul from Jorge Ben – one of his best-remembered albums of the 70s, and for good reason too! The album's got a slightly fuller feel than some of Ben's other work of the time – never slick, but with backings balanced nicely against his own raspy vocals and acoustic guitar – sweetening things up with a bit of the strings you'd find on Forca Bruta, but with a hint of the soul to come on Africa Brasil! The balance is great – thanks to arrangers Osmar Milito, Darcy De Paulo, and Hugo Bellard – and as usual, Jorge's vocals are the main attraction – dipping, turning, and rising with this really unique, personal feel – Ben-like brilliance at its brightest. The whole thing's wonderful – a key gem from the Philips years – and titles include "Cinco Minutos", "Zumbi", "Brother", "Os Alquimistas Estao Chegando Os Alquimistas", "Errare Humanum Est", "Menina Muler Da Pele Preta", "Hermes Tri", and "O Namorado Da Viuva".  © 1996-2021, Dusty Groove, Inc.