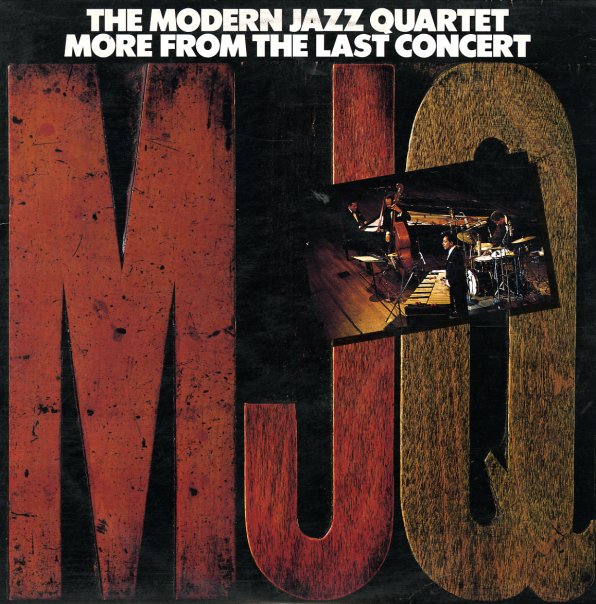 More From The Last Concert

More material from the famous Last Concert record from the MJQ – not really the last concert ever from the Modern Jazz Quartet – but a set that seemed so at the time, given that the group went their separate ways for a number of years! The record's got the combo in really top form – very much back to the basics of their early time on Atlantic Records, with a sublime focus on that unique sound that no other group like this could match. Milt Jackson's vibes are chromatically aligned in this amazing way with the piano of John Lewis – and somehow the live recording seems to bring out even more tones in the bass of Percy Heath, who feels an even stronger presence here than usual. Connie Kay's work on drums are a masterpiece of percussive understatement – and titles include "The Jasmine Tree", "Tears From The Children", "England's Carol", "Blues In H (b)", and "Really True Blues".  © 1996-2022, Dusty Groove, Inc.