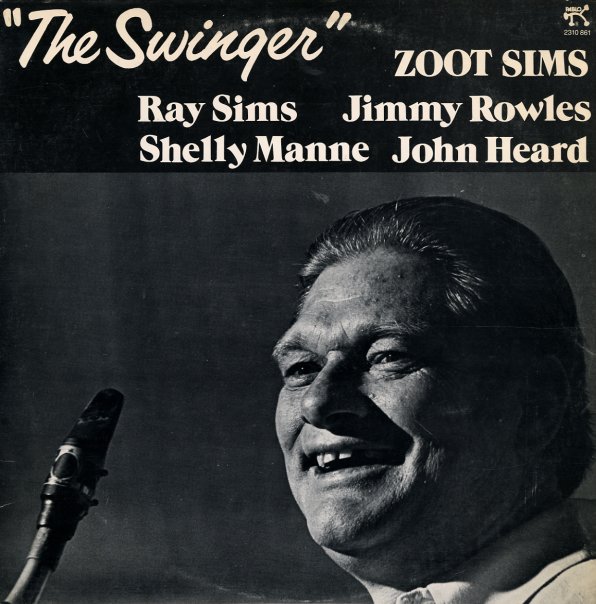 Live In Japan 1977 Vol 1
Marshmallow (Japan), 1977. Near Mint-
LP...$49.99
A strong live set from the 70s – recorded at a moment when tenorist Zoot Sims was really coming back, and delivering some of his best work in years! Other players include Dave McKenna on piano and Bucky Pizzarelli on guitar. LP, Vinyl record album

Louis Bellson Explosion
Pablo, 1975. Near Mint-
LP...$6.99
Louis leads a smoking big band – with keyboards by Nat Pierce and Russ Tompkins, and guitar from Mitch Holder – making for a nice mix of his older modes, and a bit of fusion, too! Titles include "Quiet Riots", "Carnaby Street", "Beyond Category", "Movi ... LP, Vinyl record album

Concepts In Blue
Pablo, 1981. Near Mint-
LP...$11.99
A slightly larger group, which gives Johnson a chance to show off his arranging skills – but a set that also leaves plenty of room for solos too! Features JJ Johnson on trombone, Clark Terry on trumpet, Ernie Watts on tenor and alto, and Pete Jolly and Billy Childs on keyboards! LP, Vinyl record album