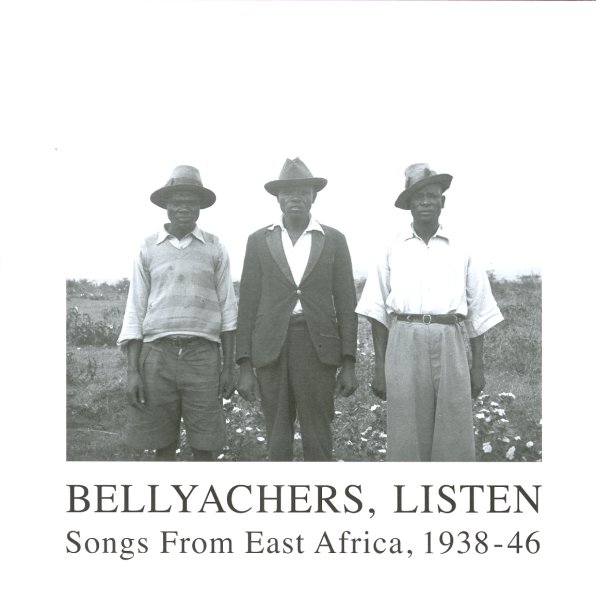 Amazing East African recordings from decades long past – a 2LP vinyl entry for the most beautifully put together compilations of any kind on Honest Jons in quite a while – which is really something, given their always top tier efforts! Bellyachers, Listen – Songs From East Africa, 1936-46 features the earlier material included on the 2CD Something Is Wrong compilation of recordings made in Uganda and Kenya from the 30s to the 50s – some wildly energetic, fast and feverishly performed, others with more lilting melodies and less fraught atmosphere. Essentially it's regional minstrel music with impassioned vocals, the more stripped down songs played on the ndingidi and other spare instrumentation, others have larger ensemble vocals and instrumentation including oud, accordion, violins, Indian harmonium and more. 17 tracks on 2LPs – in a beautiful gatefold sleeve with insert. Includes "Wireless" by Ssekinomu, "Olieu" by Ochieng, "Soya" by Sumoni & Party, "John Geko" by JP Nyangira, "Silwezi Tabu" by Jumbe Ali, "Kuleta Fakira" by Chuba Shee, "Omwoyo Gwa Mukwano" by Florence, "Ekyalema Nakato" by Ssekinomu and more.  © 1996-2022, Dusty Groove, Inc.