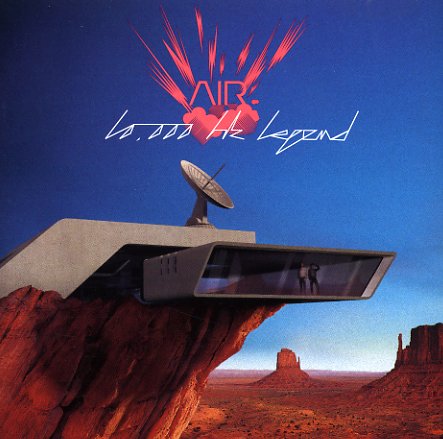 A great early 00s effort from Air – bravely moving towards a deeper, trippier sound! For 10,000 Hz Legend, they wisely don't try to replicate the comparably effervescent vibe of their late 90s classic Moon Safari. On some level, they're still working with some of moodier textures of their work on the Virgin Suicides soundtrack, particularly in the warm, but slightly eerie melodies, but there's a much more expansive vibe here. They're still recognizable as sensual, electronics embracing avant pop composers of Moon Safari, but there's a lot more deftly layered influences here, from prog, to psych, to disco – and it's a great beginning-to-end listen. Includes "Electronic Performers", "How Does It Make You Feel", "Radio #1", "The Vagabond", "Radian", "Sex Born Poison", "People In The City", "Don't Be Light", "Caramel Prisoner" and more.  © 1996-2021, Dusty Groove, Inc.

Let It Be
Apple, 1970. Used
CD...$4.99 (LP...$39.99)
A bittersweet farewell from The Beatles – a record that definitely shows the fracturing unity of the group, with lots of near-solo moments – but a set that also makes us really wonder what they'd have done with all this genius, had they managed to hold it together! There's great hints ... CD