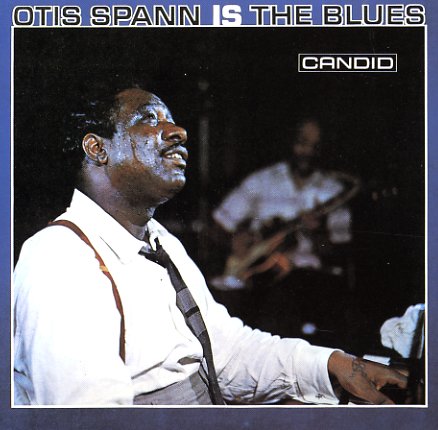 Otis Spann Is The Blues

Otis may be the blues, but he's not alone either – as he's working here in duet formation with Robert Lockwood – recorded in a really rootsy setting that's got a very down-home feel! Otis is on piano, Lockwood is on guitar, and both players sing – alternating vocals from track to track in a batch of tunes that are all originals. Titles include "Worried Life Blues", "Great Northern Stomp", "Otis In The Dark", "The Hard Way", "Take A Little Walk With Me", and "Beat Up Team".  © 1996-2021, Dusty Groove, Inc.

Santa's Got A Brand New Bag
Rhino, Late 60s. Used
CD...$7.99
Not everyone knows it, but James Brown cut a fair number of Christmas albums during the 60s – 3 albums, and a bunch of singles to be exact! They're all super-rare, but this great comp on Rhino brings together some of the best material from those years – and nearly all the tracks are ... CD