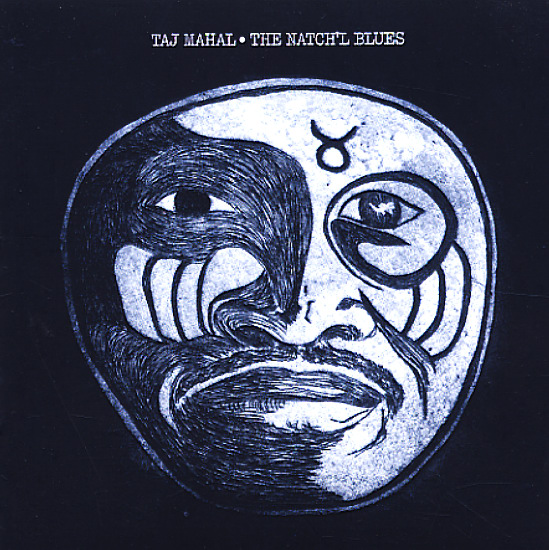 Also available
Taj Mahal — Natch'l Blues ... LP 19.99
A great title for this second set from Taj Mahal – because the sound here is even more stripped-down and natural than on his first LP! Taj turns in a lot more original tunes this time around – and is in wonderfully comfortable territory with his own lead lyrics, sung alongside his own work on harmonica and steel guitar too. Jesse Ed Davis adds in plenty of great lead guitar, and also handles the rhythm arrangements too – and Al Kooper guests a bit on piano, but like all musicians here is very respectful of Mahal's role as the lead. Titles include "Good Morning Miss Brown", "Done Changed My Way Of Living", "I Ain't Gonna Let Nobody Steal My Jellyroll", "The Cuckoo", and "Ain't That A Lot Of Love".  © 1996-2022, Dusty Groove, Inc.
(Remastered edition with 3 bonus tracks.)