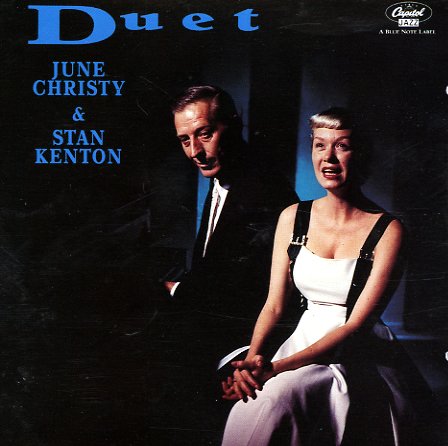 Haunting stuff – and one of June Christy's darkest albums! June's singing here with her old boss, Stan Kenton, at the piano – no other real backing, just the pair of them working together in a session that's uniquely stripped down for the time. June's vocals are frail and tender – with even more sadness than in some of her more fully arranged sessions, all of which we love to death. Titles include "Come To The Party", "Angel Eyes", "Lonely Woman", "Every Time We Say Goodbye", "How Long Has This Been Going On", "We Kiss In A Shadow", and "You're Mine You". Plus, the CD reissue contains 2 bonus tracks not on the original LP!  © 1996-2020, Dusty Groove, Inc.
(Out of print.)