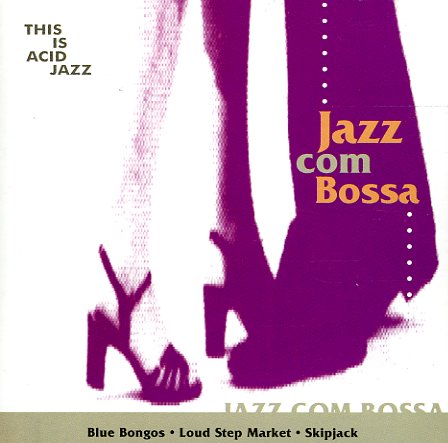 A really groundbreaking little set – the revival of bossa influence on the Japanese scene, presented here by a host of hip talents from the earliest years of the club jazz scene! The album's got a wonderful vibe through and through – a sound that was later taken up by bigger names from Japan, but which has a perfect sort of feel here – never too over the top, never too muddled up with dancefloor elements – and often turned towards subtle sounds and themes bring the record a nice sense of depth. The "bossa" here is one that comes more in spirit overall – as the album's never a simple copycat of Brazilian modes – and as such, it really shows the way that Japanese artists of the time were stepping out strongly to forge their own grooves and rhythms. Titles include the beautiful "Moonstone", plus Sama Nexusia" by DJ Matsuoka, "Breathing" by Skipjack, "Summer Rain" Gleeps, "Teriyaki" by Blue Bongos, "Living Day By Day" by Loud Step Market, "Message In The Music" by Rhythm, "Sol De Primavera" by Arco Iris, and "Love Bossa Style" by Amore Hirosuke & Love Machine.  © 1996-2021, Dusty Groove, Inc.
(Out of print.)