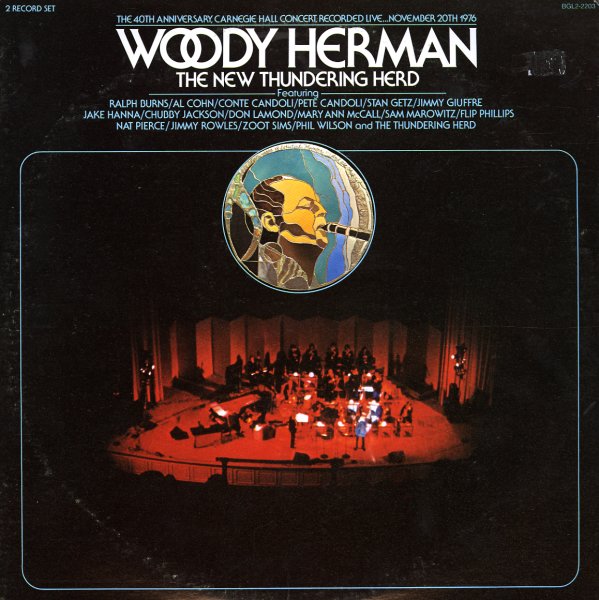 Fourth Herd
Jazzland, 1959. Very Good+
LP...$9.99
A unique album from Woody Herman – a one-off recording for the Jazzland label, and one that has him working with both a full group (his Fourth Herd), and with a smaller combo of players! The album's noteworthy for the presence of some great solo stars – Zoot Sims on tenor, Nat Adderley ... LP, Vinyl record album

Woody Herman 1963
Philips, 1963. Near Mint-
LP...$3.99
Despite what you might think about some of Woody's big band contemporaries from the 40s, you've got to admit that Woody himself was always growing and changing as the decades went on – as this 1963 album will attest! Woody's in great form here – still working with a tight group of ... LP, Vinyl record album