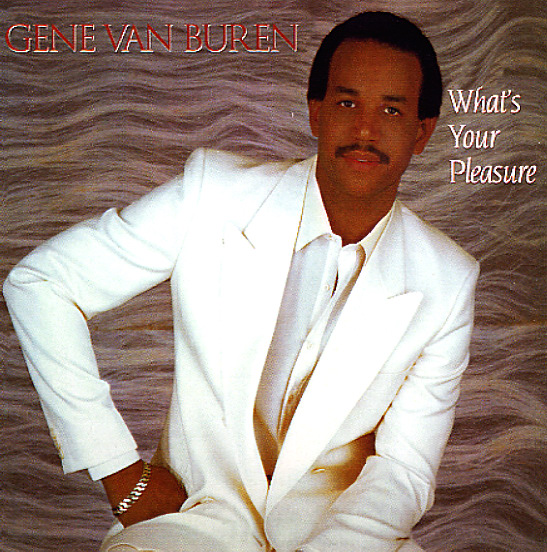 An overlooked Motown nugget from the early 80s – the smoking debut of Gene Van Buren! Gene's a fully-formed artist right from the get-go – writing and producing the set with a rich, mature groove that's totally great – some of the upbeat funky soul tracks that were Motown's biggest asset in the early 80s, mixed with some even better mature moments that are especially wonderful – that sort of all-adult soul approach the label would take on more strongly later in the decade, showcased beautifully here by Van Buren's talents. The groovers have a bit of electro touches – usually some mini-moog keyboards – and the mellower ones have a warmer sound that really rounds things out nicely. Titles include "When Is My Turn", "Enjoy Yourself", "I Love You More", "Rock The House", "One", "I Give Good Love", "What's Your Pleasure", and "Action".  © 1996-2021, Dusty Groove, Inc.
(White label promo. Cover has a promo stamp.)

Talking Book
Tamla, 1972. Very Good+ Gatefold
LP...$19.99
One of the classics, and an album that's filled with a sense of majesty and power that will knock you dead – despite the kind of silly cover of Stevie sitting on a hill, playing in the dirt! By this point, Stevie knows he's on top of the world as well he should – and he's honing the ... LP, Vinyl record album

Marvelettes
Tamla, 1967. Very Good
LP...$29.99
Classic stuff from the girls who emerged to become one of Motown's best groups of the late 60s years. The set features the group's great version of "The Hunter Gets Captured By The Game", still a big cut on the Chi-town steppers scene – plus a number of other covers and lesser ... LP, Vinyl record album