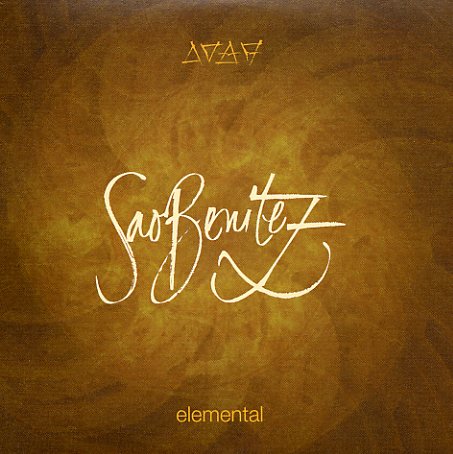 11 Brazilian-tinged remixes – all handled by Sao Benitez, and featuring a lot of work from the recent Mr Bongo catalog, plus some other surprise entries that round out the set nicely! The tunes all have a nice jazzy feel to them – and although the work is by different artists from track to track, overall the album has a really unified feel. Titles include Sao Benitez remixes of "Why Can't We Live Together" by Bukky Leo, "Dot Com Blues" by Jimmy Smith, "Lately" by Samantha Mumba, "Abeira Mar" by Ive Mendes, "As Famosas Gargalhadas Do Yuka" by Paula Lima, "Love & Happiness" by River Ocean, "Toda Menina Baiana" by Los Amigos Fandangos, "Congo" by River Plate Samba Orchestra, and "Que Alegria" by Gil Felix.  © 1996-2022, Dusty Groove, Inc.
(Out of print.)

Novidade De Vida
Whatmusic (UK), 1981. Used
CD...$9.99
Sweetly gentle bossa from the team of Edson and Tita Lobo – working here with mellow arrangements by Joao Donato and Paulo Jobim that give the record a warm jazzy finish! Tita handles most of the vocals – singing in a lightly drifting style that recalls the mode of Astrud Gilberto's ... CD

Bossa Nova At Carnegie Hall
Audio Fidelity/Ubatuqui (Spain), 1962. Used
CD...$8.99
Essential reissue of the legendary 1962 Bossa Nova concert at Carnegie Hall. The concert is legendary not only because it was a bit of a disaster (according to legend, just about nobody got paid!), but also because it brought together a huge amount of Brazilian talent on one stage, and premiered ... CD

Sambas & Bossas On Guitar
Tropical (Germany), Late 70s/Early 80s. Used
CD...$4.99
A collection of warm and wonderful bossa work from guitarist Sebastiao Tapajos – most of it recorded with a sweetly jazzy sound! The work here is from the late 70s and early 80s – and it features Tapajos on guitar on all numbers, joined by a shifting array of guests who include Paulo ... CD