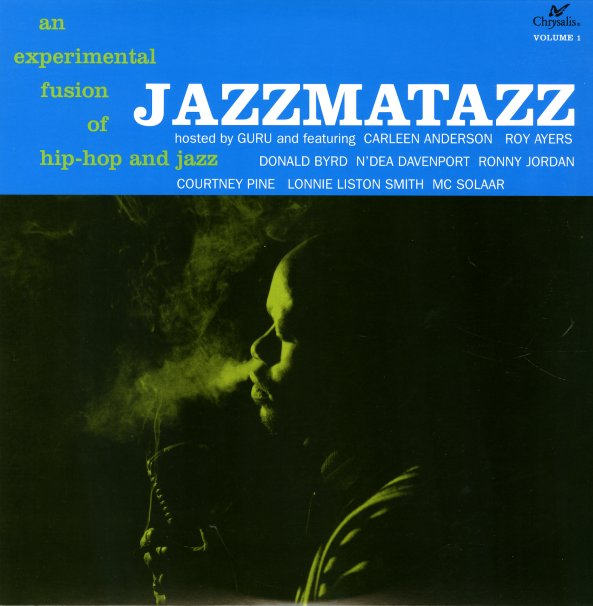 A groundbreaking meeting of musical icons – with veteran jazz greats, a couple of then-young guns, and one of the MCs who helped bring jazz into hip hop in the first place! Jazzmatazz bridges both stylistic and generational boundaries in incredible ways, not only an earnest effort by Guru to pay heartfelt tribute to heroes, but to show his own and subsequent generations its the vitality and longevity jazz music – with a lineup that includes Donald Byrd, Roy Ayers, Ronny Jordan, Lonnie Liston Smith, Carleen Anderson, N'Dea Davenport and MC Solaar. 12 tracks in all, including "Slicker Than Most", "No Time To Play", "Loungin", "Sights In The City", "Le Bien, Le Mal", "Transit Ride", "When You're Near", "Down The Backstreets", "Respectful Dedications", "Take A Look At Yourself" and "Trust Me".  © 1996-2021, Dusty Groove, Inc.
(Out of print.)

Unseen
Stones Throw, 2000. Used
CD...$9.99
Madlib is back with his split personality rhymesayin self, the one and only weird and wacky sounding Quasimoto. Another Stones Throw hip hop classic, with Madlib producing and rhyming on the tracks, speakin about jazz, outerspace, and microphones. Tracks include "Bad Character", "Mi ... CD

Musica De Brinquedo
Microservice (Brazil), 2010. Used
CD...$16.99
A sweet little set from contemporary Brazil – music that's got some slight quirky touches, but a distinctly Brazilian groove overall! Pato Fu mix up older modes with ease – echoes of bossa nova, French 60s pop, and even a bit of Anglo rock – but all filtered together with the ... CD