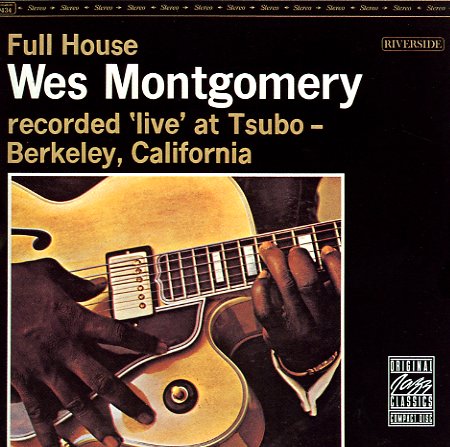 So Much Guitar!
Riverside/OJC, 1961. Used
CD...$6.99
So much guitar – but never too much, given that Wes was the real master of sound and space, even at this early point in his career! The album's one that tries to break Montgomery from some of his smaller combo albums for Riverside, and pair him with a few bigger names – Hank Jones on ... CD

Full House (Keepnews collection – with bonus tracks)
Riverside, 1962. Used
CD...$4.99
With grooves this great, the house must have been full – and the album's a gem of an early live date by Wes Montgomery, recorded in Berkeley with a quartet that includes Johnny Griffin on tenor, Wynton Kelly on piano, Paul Chambers on bass, and Jimmy Cobb on drums! The tunes have a nicely ... CD

New Ideas
Prestige/OJC, 1961. Used
CD...$4.99
Compelling early work from trumpeter Don Ellis – and a set that's almost equally great for the presence of Jaki Byard on piano! The work's quite different than some of Ellis' other material – a bit more sharp and stark, and played by a group that includes Byard on piano, Al Francis on ... CD