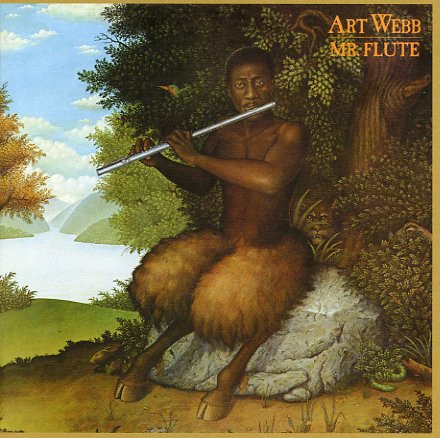 A tasty batch of uptempo instrumentals by Art Webb – a lesser-known funky flute player, but one who played on a huge amount of Latin sessions during the 70s (check your session notes, and you'll see his name a surprising amount of times!) This fairly obscure session as a leader was produced by Patrick Adams, who also did all the arrangements and conducted the large backing group – in a sweet mode that's a mix of Adams' clubby work for P&P, and the tighter fusion that you'd expect to hear on Atlantic records at the time. Webb's flute lines soar over larger backings and some chorus vocals that come across with a more polished take on the P&P sound – a mode that's somewhere in the same territory as Bobbi Humprhey's great late 70s records for Epic. Titles include "Melon Grove", "Mr. Flute", "Smile", "Good Times In Life", and "Come and Get Some Of This".  © 1996-2021, Dusty Groove, Inc.