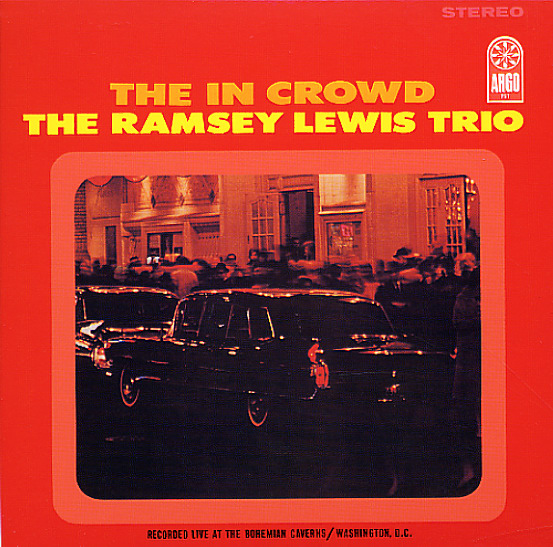 Easily one of the biggest selling jazz albums of the 60s – a crowning achievement for Ramsey Lewis and his popular trio with Eldee Young on bass and Redd Holt on drums! The set was recorded live at the Bohemian Caverns in DC, and the trio are perfect in the setting – going at the numbers with pyrotechnic fury, but always staying in the soul jazz idiom – keeping things nice, tight, and in the pocket! Titles include the group's hit version of "The In Crowd", plus "You Been Talkin Bout Me Baby", "Spartacus", "Felicidade", and "Come Sunday".  © 1996-2021, Dusty Groove, Inc.
(Mono blue label Argo pressing with deep groove. Cover has light wear.)