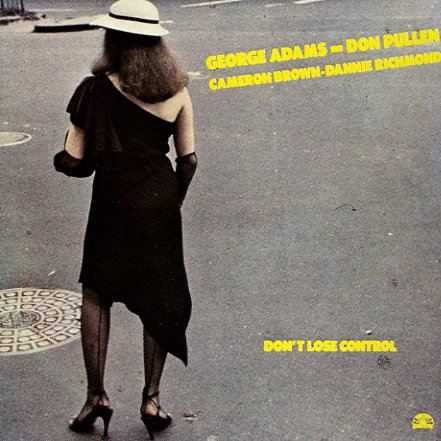 A trashy cover, but a great little record – one that's filled with wonderfully sensitive sounds from the team of George Adams and Don Pullen – working here in some really relaxed, soulful territory! The album's got a laidback feel that's a nice change from some of the more cerebral modes of both players – almost a bit more spontaneous than some of their other recordings together, with a different sort of spirit on each track, and a style that slides easily between different modes of jazz. Adams plays tenor and flute, and sings on one track – Pullen's on acoustic piano, and other players include Cameron Brown on bass and Dannie Richmond on drums. Titles include "Double Arc Jake", "Autumn Song", "Don't Lose Control", "Remember", and "Places & Faces".  © 1996-2021, Dusty Groove, Inc.