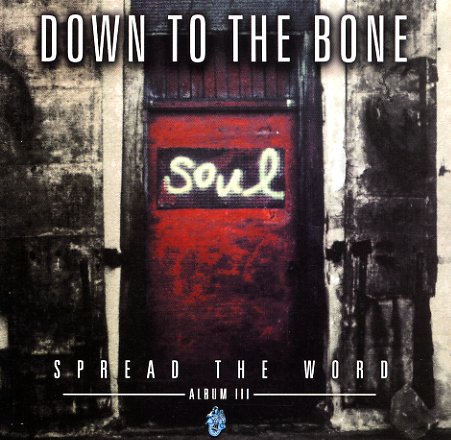 An overlooked third album from Down To The Bone – a set that maybe didn't take the world by storm as much as their first two, but which still has the group very much in fine formation! All the best previous elements are in place here – that strong mix of funky jazz instrumentation with contemporary rhythmic production – almost a blend of some of the funkier club styles of the time with more mainstream fusion, at a level that made these guys both a hit on the dancefloors and for kicking back at the crib! Titles include "The Backburner", "Righteous Reeds", "Sound As A Pound", "Bridgeport Boogie", "The Lowdown", and "Black Choice".  © 1996-2022, Dusty Groove, Inc.
(Out of print.)

From Manhattan To Staten
Internal Bass/Q/Atlantic, 1996. Used
CD...$4.99
A record that moves across the boroughs of New York – and which also managed to have a huge impact on the Windy City as well – given that the music of Down To The Bone was perfect for the groove of the Chicago steppers scene in the 90s! The group are a bit jazz, a bit soul, and have ... CD

Cellar Funk
Narada, 2004. Used
CD...$4.99
The Down To The Bone posse are at it again – coming up with some incredibly sweet jazzy grooves – and somehow sounding even better than before! The album's got the group's characteristic bounce firmly in place – the groove that made them a surprise global success nearly a decade ... CD