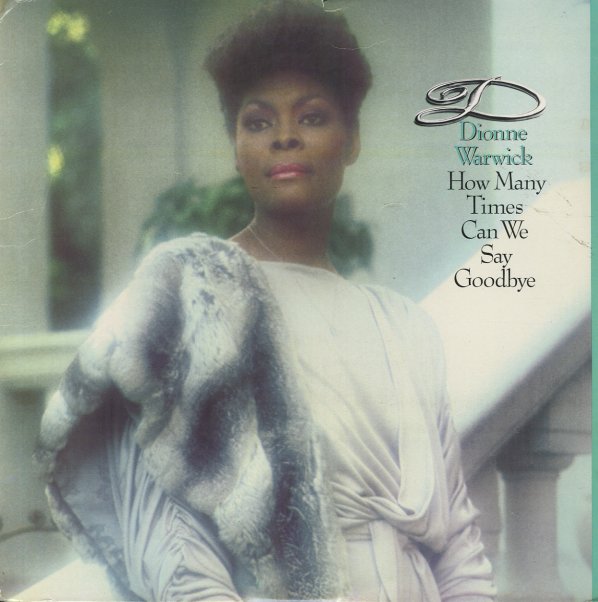 How Many Times Can We Say Goodbye

Dionne Warwick steps out strongly with some great production help from Luther Vandross – who gives the lady a groove that's possibly even tighter than on her other Arista albums, really shaking off some of her more familiar modes, and going for a powerful 80s sound. There's still some good ballads to balance out the upbeat cuts, too – and these really glow with the classy Vandross touch. Titles include "So Amazing", "Got A Date", "I Can Let Go Now", "What Can A Miracle Do", "How Many Times Can We Say Goodbye", and "I Do It Cause I Like It".  © 1996-2021, Dusty Groove, Inc.
(Cover has a hype sticker.)

Track Of The Cat
Warner, 1975. Very Good+
LP...$2.99
A wonderful album from Dionne Warwick – probably her greatest record after the early years! The session was recorded with production by Thom Bell at Sigma Sound in Philly – and the style is a sweet blend of Philly modes, from fragile ballads to midtempo groovers, all done in a warm and ... LP, Vinyl record album

Notorious Miami
Drive, 1976. Very Good+
LP...$19.99
Heady funk from the glory days of the Miami soul scene in the 70s – the second smoking album by the group named after the city! The sound here is a bit tighter than before, but in a good way – a style that has the group's core funk energy mixed with some added strings and horns from ... LP, Vinyl record album