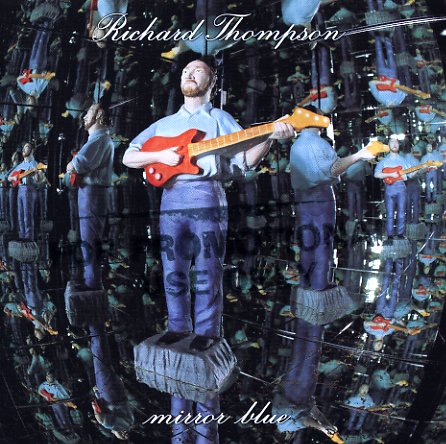 A well-remembered set from Richard Thompson's Capitol years – a record that's awash in that amazing and unique vocal style that only seemed to get better as the decades moved on! Thompson's got this mature quality here that's wonderful – maybe understating some elements that would have been more foregrounded in earlier years – but also completely confident in the way he handles his guitar with all these unusual little sonic traces – subtle currents of darkness that are used perfectly alongside the lyrics, and in way that still has Thompson in territory that nobody else can touch! Titles include "For The Sake Of Mary", "The Way That It Shows", "MGB GT", "Mascara Tears", "Fast Food", "Shane & Dixie", "King Of Bohemia", "Mingus Eyes", and "Beeswing".  © 1996-2022, Dusty Groove, Inc.