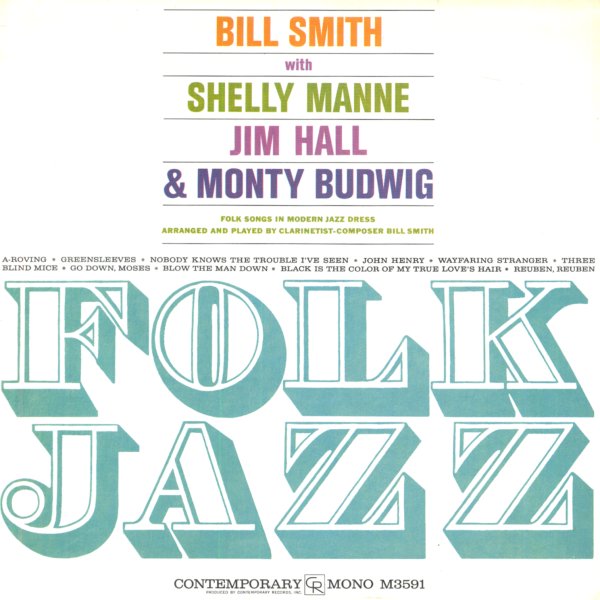 One of the few sides ever cut as a leader by west coast clarinetist Bill Smith – and a pretty groovy session that has the group performing jazz versions of folk tunes, a gimmick that was used briefly around the same time by players that included Harold Land and Benny Bailey. The quartet includes Jim Hall on guitar, who really makes the tracks sparkle – grooving in an open way that's like the best of his own records from the time – and rhythm is by Monty Budwig and Shelly Manne, both well suited to the project as well. Titles include "A Roving", "Greensleeves", "Blow The Man Down", "Go Down Moses", and "Three Blind Mice".  © 1996-2021, Dusty Groove, Inc.
(Yellow label mono pressing with deep groove! Cover has surface wear.)

Circle
Contemporary, 1979. Near Mint-
LP...$6.99
Lovely work from George Cables – one of the strongest piano stars to emerge from the west coast scene of the 70s, and one of the most soulful too! The album features a core trio of Cables on acoustic piano, plus Rufus Reid on bass and Eddie Gladden on drums – and they're joined on 2 ... LP, Vinyl record album

Conversation
RCA, 1974. Near Mint-
LP...$3.99
An excellent session cut during a stretch when the Candoli/Rosolino team were doing some of their best work – playing in Europe with a number of hip backup groups. This set features an Italian trio of Franco D'Andrea on piano, Giovanni Tomasso on bass, and Gege Munari on drums. Tracks ... LP, Vinyl record album