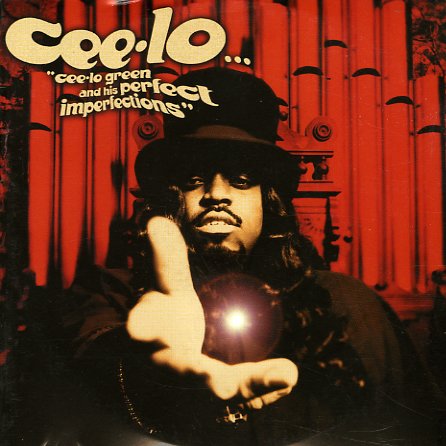 Cee-Lo Green And His Perfect Imperfections

Cee-Lo Green gits up and gets out on his own – without the heavy burden of too many guest appearances – and the result may be the best album to come out of the Dirty South in quite a while! Cee-Lo's raspy, cotton-mouthed speak & sing style has always been one of the strongest attributes of the Goodie crew, and it's great to hear it stretched out over a fully-realized LP that is worthy of his unique talents. Sweaty, deeply funky, and a bit similar to the kind of material we used to expect from the Native Tongues at their strongest, but with Cee-Lo's unmistakable croon out front. Includes "Bad Mutha", "Big Ole Words (Damn), "Closet Freak", "Live (Right Now)", "El Dorado Sunrise", "A Thug's Concern", "One For The Road", "Let Him Sing If He Wants To (Break)", "Suga Baby" featuring Big Gipp and Backbone, "Gettin' Grown", "Bass Head Jazz", "Microhard" featuring Jahalla and Kirland Underwater, "Under The Influence", "(Follow Me)", "Medieval Times (Great Pretender)", "Country Love", "Awful Thing", "Maintenance Man (Break)" "Young Man (Sierra's Song)", and "Well Damn, Lo (Break)".  © 1996-2020, Dusty Groove, Inc.
(Punch through barcode & promotional sticker on booklet cover.)