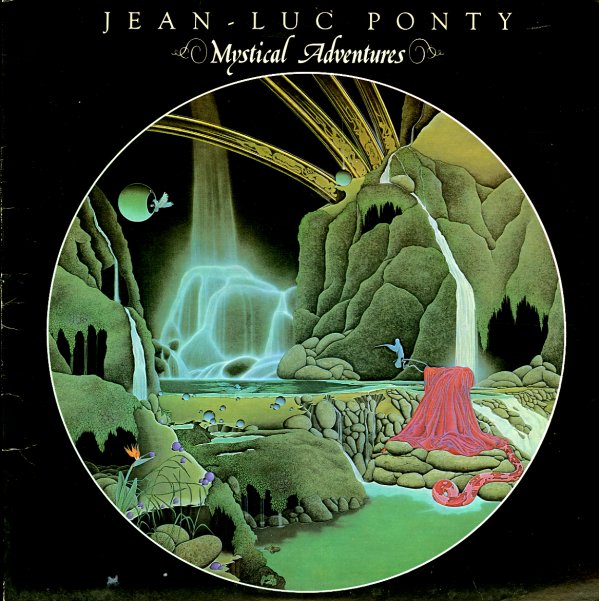 Definitely some mystical adventures here from Jean-Luc Ponty – one of the few artists on the violin who can make it come up with sounds like this – weird cool and spacey elements that sound great next to the album's use of organ, keyboard, and Fender Rhodes! The album features two long tracks – "Mystical Adventures" and "Final Truth" – both building nicely on straightforward themes which are then extrapolated by the fusiony solos – never too jamming or intense, but moving with a nice sense of progression, too. The album also features two shorter, catchier numbers – a compelling cover of Stevie Wonder's "As", plus "Rhythms Of Hope".  © 1996-2020, Dusty Groove, Inc.
(Cover has light wear and a bent corner at the top left.)