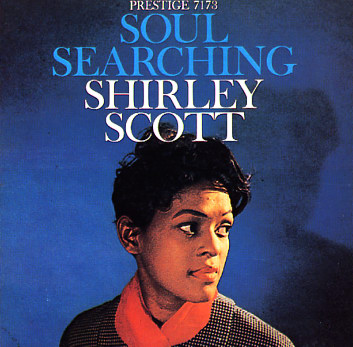 Great early work as a leader from organist Shirley Scott – a tight trio album that's filled with plenty of heavy Hammond, all set out in that early Scott mode with plenty of flutters and vibration! The group features frequent Scott associates Wendell Marshall on bass and Arthur Edgehill on drums – both laying out simple, effective rhythms that feature Shirley's organ as the main solo vehicle. The record's got some really great original compositions – including "Plunk Plunk Plunk", "Duck & Rock", "Boss", and "Soul Searchin" – plus versions of "Yes Indeed", "Moanin", and "You Won't Let Me Go".  © 1996-2020, Dusty Groove, Inc.
(Mono yellow & black label NJ pressing with deep groove & RVG stamp. Cover has some clear tape on the top seam, center split in the bottom seam, and some yellowing from age.)

4, 5 & 6
Prestige, 1956. Near Mint-
LP...$16.99
An unusual title, but one that refers to Jackie McLean in quartet, quintet, and sextet formation – a growing lineup that develops along the course of the record, as new players are added into the mix with a casual, almost blowing session approach! The set begins with Jackie's alto set out in ... LP, Vinyl record album