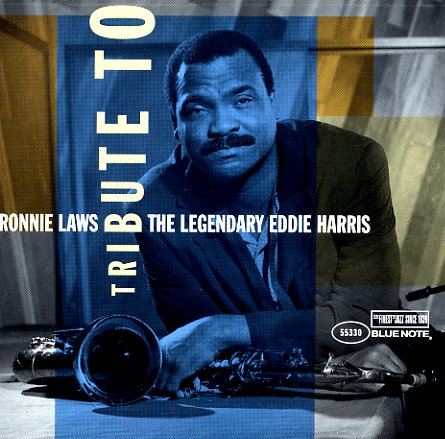 Tribute To The Legendary Eddie Harris

Classic Masters
Capitol, 1984. Used
CD...$9.99
The best of Ronnie Laws' 70s material, plus a few new tracks as well – an album that definitely lives up to its Classic Masters title! The music is awash in both jazz and soul modes – jazz, thanks to Ronnie's well-played solos, which soar out in an amazing blend of new ideas and on-the- ... CD

True Spirit
Par, 1990. Used
CD...$3.99
Produced by Wayne Henderson, with Ronnie Laws on soprano, tenor, and alto – alongside Bobby Lyle, Joe Sample, and Larry Dunn on piano and keyboards – plus guitar from Roland Bautista and drums from Ndugu Chancler. CD