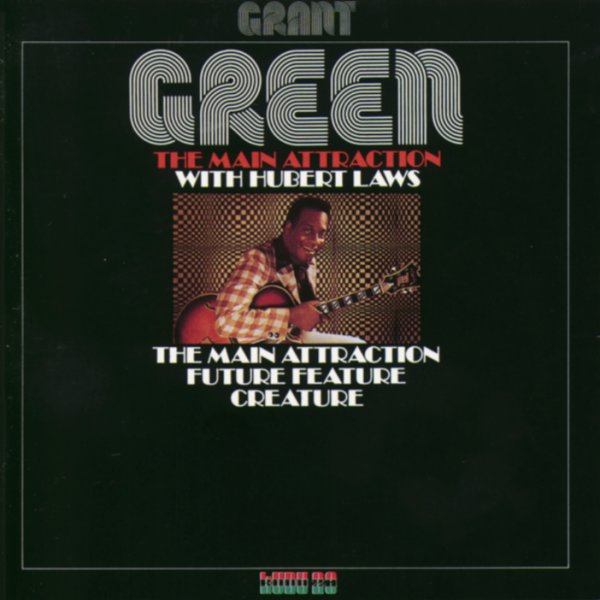 Quite an unusual album from Grant Green – a record that's quite different than his earlier records for Blue Note, but still pretty darn great overall! Grant's working here in a large group – Kudu style – with arrangements by David Matthews, but a sound that's still pretty lean overall! There's a fair bit of great players in the lineup – including Jon Faddis on trumpet, Hubert Laws on flute, and Joe Farrell on tenor – and the horns soar out nicely to set the scene over some tightly stepping backings – all served up with plenty of room for Grant to solo spaciously on guitar! The title track – "The Main Attraction" – is nearly 20 minutes long – and the other two tracks, "Creature" and "Future Feature", both approach the 10 minute mark themselves!  © 1996-2021, Dusty Groove, Inc.
(Out of print, punch through barcode.)

Live At The Bijou
Hip-O/Kudu, 1977. Used
CD...$14.99 (LP...$6.99)
A totally great Grover Washington record – and with 25 years behind us, we really now realize how fantastic all the early Kudu sessions really were! The record was recorded live at the Bijou, and is spread out with lots of room for tasty open-ended solos by Grover and the group. Includes ... CD

Wild Horses Rock Steady (remastered edition)
Kudu, 1971. Used Gatefold
CD...$12.99
Excellent Kudu work from one of the greatest organists of the 70s – a player who really stretched out and opened up his groove during the decade! Johnny Hammond was also known as Johnny Hammond Smith back in the 60s – but by the time of his legendary run at Kudu/CTI, he'd hit a much ... CD