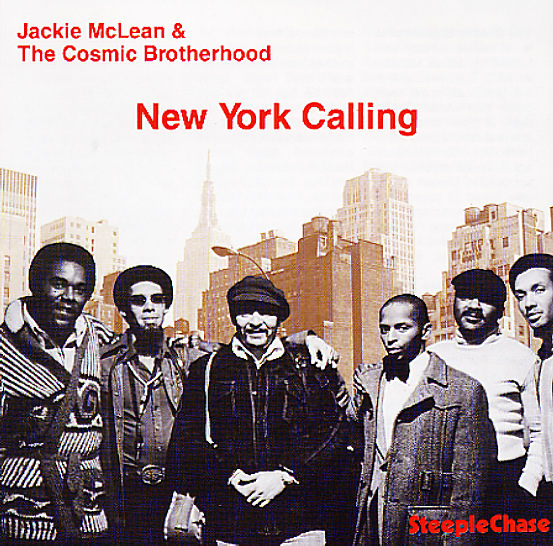 An overlooked gem! During the mid 70s, Jackie McLean cut a few fantastic records that had a very spiritual vibe, and which added in a lot more soul than in previous sessions from the 60s. Part of the strength of these recordings – including this one – is the other musicians in the group – like the great Billy Gault, who wrote 2 tracks on the record, and who plays some very spiritual piano – or the excellent Billy Skinner, a young trumpeter who also emerges as a strong writer on this session. Other players include Rene McLean on alto and soprano, and Michael Carvin on drums – and tracks include "Camel Driver", "Some Other Time", "Adrian's Dance", and "Star Dancer". CD features a bonus alternate take, too.  © 1996-2022, Dusty Groove, Inc.
(Out of print.)

Mandara Blossoms
Steeplechase (Denmark), 1995. Used
CD...$8.99
An unusual 90s session from Stanley Cowell – but a great one too! The record features the talents of vocalist Karen Francis on most numbers – one of the first times we remember Stanley working with a singer, in a set of tunes that includes vocal readings of some great compositions from ... CD

Destiny Is Yours
Steeplechase (Denmark), 1989. Used
CD...$16.99
An incredible return to form for Billy Harper – and a landmark album recorded at the end of the 80s, when we'd all but given up on him! The session returns Billy to the majesty of his 70s work – placing him in the setting of long tracks, modal rhythms, and spiritual motivation – ... CD