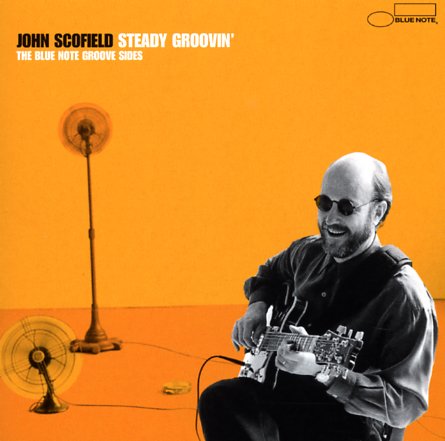 In one of the more surprising turns of the 90s, guitarist John Scofield has emerged as one of the better funky players of his generation. Scofield never set out to blow anyone's mind as a funkster – but recent underground live sets with groups like Medeski Martin & Wood and Soulive have proved to audiences that he's really picked up a groove – and scattered performances on Blue Note recordings of the past few years have showed him to be equally funky on CD. This 11 track set collects the best of these groove-oriented performances by Scofield, creating one funky CD out of scattered tracks from other albums. Titles include "Camp Out", "Kool", "Do Like Eddie", "Fat Lip", "Big Top", and "Twang".  © 1996-2021, Dusty Groove, Inc.

Loud Jazz
Gramavision, 1988. Used
CD...$9.99
The sound is never too loud here – and John Scofield's right out in the lead on most numbers, carving out those soulfully-inflected, modern-styled licks that really characterized his sound back in the day! Scofield's emerged as more of a traditionalist in recent years, but on 80s dates like ... CD