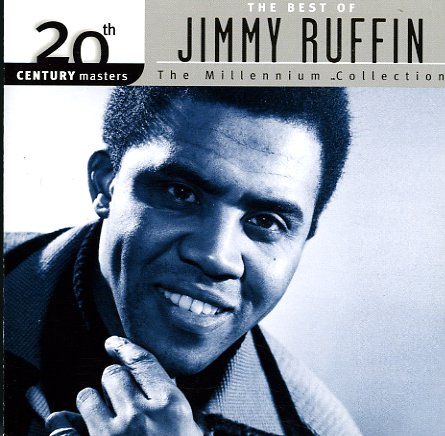 Killer solo work from Jimmy Ruffin – a selection of 10 tunes pulled from his 60s solo recordings for Motown, plus one tune cut with brother David, when they were working briefly as the Ruffin Brothers. Titles include "What Becomes Of The Brokenhearted", "I've Passed This Way Before", "Gonna Give Her All The Love I've Got", "Stand By Me", "Living In A World I Created For Myself", "Since I've Lost You", "I'll Say Forever My Love", "It's Wonderful", and "As Long As There Is LOVE".  © 1996-2022, Dusty Groove, Inc.
(Out of print, punch through barcode.)