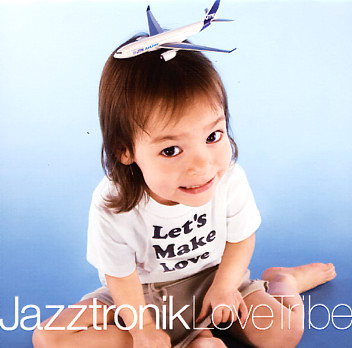 Sublime dancefloor work from Jazztronik – nicely back to basic grooves that are filled with a mix of soul, jazz, and Brazilian sounds! CD1 here features some of the best cuts we've heard from Jazztronik in awhile – a blend of vocal and instrumental numbers served up with help from Monday Michiru, Miss Venha, Cro Magnon, and Robert Gallagher – all done with that soaring, joyous approach that we've really come to love in the work of keyboardist/composer Ryo Nozaki! Titles include "Love Tribe (main mix)", "The King Of Dance", "Life Syncopation", "Festalica (clap ya hands)", "Tiger Eyes (English version)", and "Dust To Dust". CD 2 features a Jazztronica Annex – an addition to the well-crafted Jazztronica sets, and one that features Nozaki mixing together both his own work and titles by other artists – again with a soulfully flowing vibe! Tracks include "One" by Jocelyn Brown, "Morning Sun (Dim's disco classic re-blend)" by Incognito, "EOL Intro (clap your hands)" by Luisito Quintero, "Amor (Amigo Samba mix)" by Los Amigos Invisibles, "Hate Won't Change Me" by Quentin Harris with Byron Stingily, and "Love Tribe (jazz drive mix)" by Jazztronik.  © 1996-2020, Dusty Groove, Inc.
(Out of print, includes obi.)