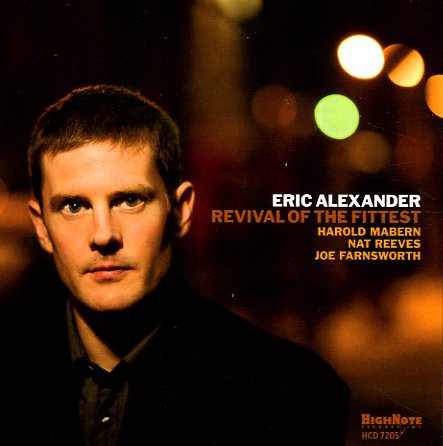 Revival Of The Fittest

An excellent modern jazz set from tenor sax titan Eric Alexander – who has truly grown into one of the best players of his generation – and a killer set for the High Note label! There's always these, "whoa," moments on Alexander's records, where he's rolling along with an effective approach that's just enough to pull you in and hold you, and then he just runs off with a dexterous line of notes that knocks it right out of the park. He's backed by the great Harold Mabern on piano, Nat Reeves on bass, and Joe Farnsworth on drums, under producer Don Sickler and engineer Rudy Van Gelder. Includes "Revival", "My Grown Up Christmas List", "The Island", "Too Late Fall Back Baby", "Love-Wise", "Blues For Phineas", "You Must Belive In Spring", and the closing original "Yasashiku (Gently)".  © 1996-2021, Dusty Groove, Inc.